With the most coastline in the continental United States, Florida is a mecca for beach lovers. Unfortunately, this can also mean millions of tourists pouring onto the most popular of these areas. During holidays and other special events, there’s barely a square foot of sand to claim. Yet, all is not lost, because quiet and less crowded places still exist. To help find them, here is a guide to visitors to find the most relaxing beaches in Florida make their vacation plans.

One of the quiet beaches in Florida, Ponte Vedra, is nearby popular northern cities like St. Augustine and Jacksonville. A short drive from the home of the NFL’s Jaguars and adjacent to a PGA course, Ponte Vedra has 40-foot sand dunes that block it from the daily bustle of the metropolitan area.

Soft sands comprised of Appalachian quartz and ancient coquina give the area a sparkle as it leads into the Atlantic Ocean. When visitors have had their share of peace, the resorts, shops, and restaurants of Jacksonville’s beach corridor are ready for them.

In some cases, the most relaxing beaches are ones enjoyed by locals. Boca Grande is one of these. On a small strip of Gasparilla Island near Port Charlotte, the area is nearly deserted, only dog walkers and residents of the area come here.

This means plenty of space to stroll the beach, swim in the Gulf of Mexico’s waters, or dine at one of the local eateries. While it takes three bridges to get there, visitors will be certainly impressed when they see the available expanse of soft sands and blue waters.

Many times, the trip to the coastline makes an area one of the most relaxing beaches in Florida. This is true for Cayo Costa State Park near Fort Myers.

First, visitors must take a ferry from Punta Gorda that is often accompanied by numerous sea birds and dolphins. Then, they walk through a path laden with mangrove trees and other native fauna. When they arrive at the beach, they have nine miles of white sands to walk on or simply absorb the sun’s rays.

Also near Fort Myers are the Florida beaches of Captiva Island. Not to be confused with the busier and nearby Sanibel Island, Captiva has some of the less crowded beaches in Florida.

One reason is the lack of resorts: there’s only one on the island. Due to the lack of visitors, the beaches of Captiva Island are some of the best places to enjoy the sun and sea. On top of this, it is an excellent spot to collect shells too.

Before Florida’s barrier islands became home to hundreds of Atlantic Ocean resorts, it had the highest concentrations of Anastasia limestone. These outcrops protected the shoreline and, at the same time, provided amazing displays as water crashed into them.

This can still be seen at one of the most relaxing beaches in Florida, at Blowing Rocks Preserve. Located on Jupiter Island, the one-mile stretch of shoreline still has limestone outcrops. In turn, visitors get a daily show where blocked waves shoot up almost 50 feet in the sky.

There’s a reason Playalinda is among one of the most relaxing of Florida beaches. One part of it is clothing optional. Thus, this area -that is part of the Canaveral National Seashore in Central Florida- is well protected by large sand dunes for maximum privacy.

The rest of this beautiful beach is also quiet when there isn’t a launch at Cape Canaveral. Visitors need to be certain they’re going to the right beach for sunbathing sans clothing.

The Caladesi Island State Park -one of the barrier islands near Clearwater- is a less crowded Gulf Coast beach that has been ranked one of the best in the U.S. It is only accessible by boat. Thus, visitors get a costal experience on the way there. While at the state park, they can swim, kayak, canoe, hike along numerous trails, or just enjoy nature. 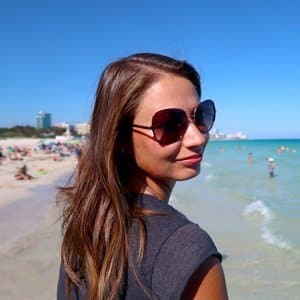 When it comes to a beach vacation, Vic is the person who certainly has tips on where to go and what to do no matter it is a luxury tropical holiday, a romantic seaside getaway or a fun family trip to the ocean. As a world traveler with years of experience in exploring tropical countries and a water sports fan, she creates this inspiring site where she writes travel guides, reviews and recommends beach gear and gives travel tips to make planning your trip quicker and easier! Are you curious where she wanders now? Follow her adventures on IG too! 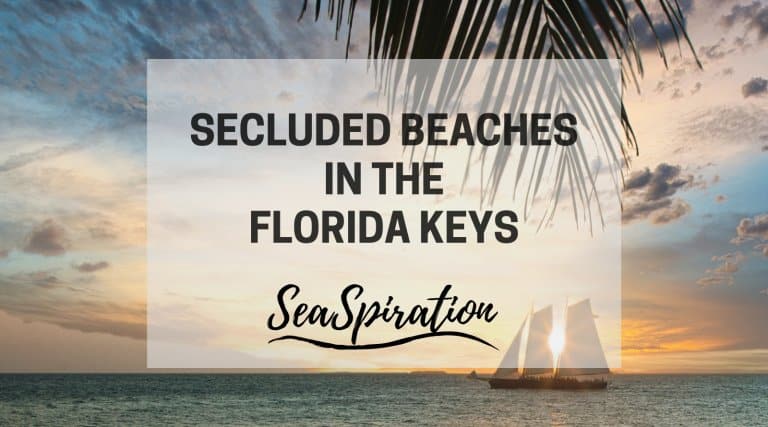 Planning a trip to Florida Keys? Skip the popular, busy beaches and had to these hidden spots instead!

A Florida beach wedding is something you’ll never forget! Here we tell you what places are the best for a ceremony! 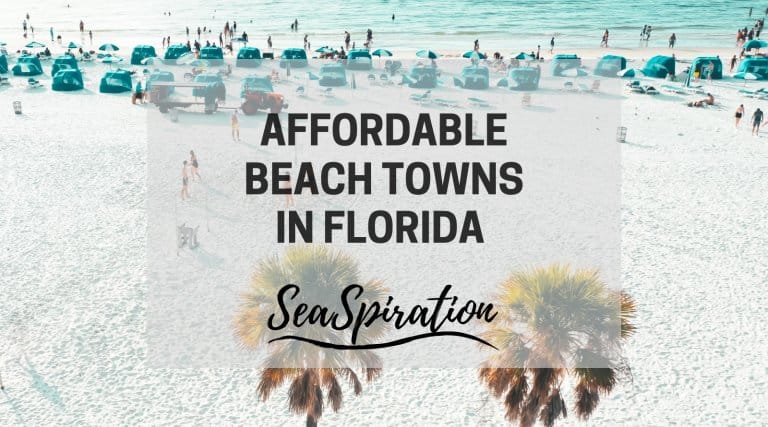 Looking for a cheap vacation spot for this summer? Check out some Florida beach towns that are affordable! 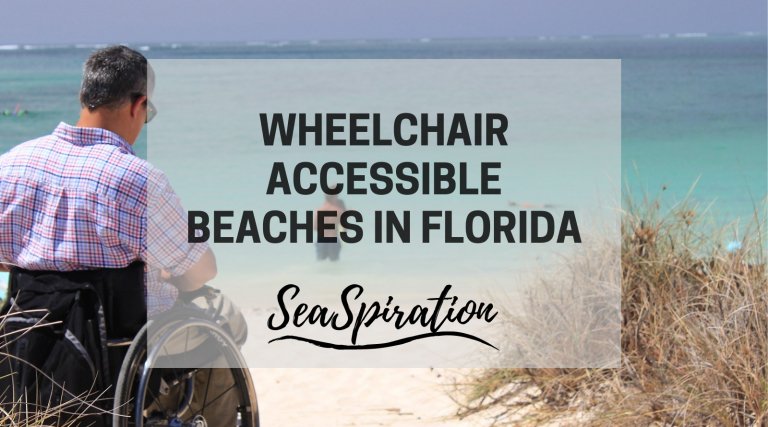 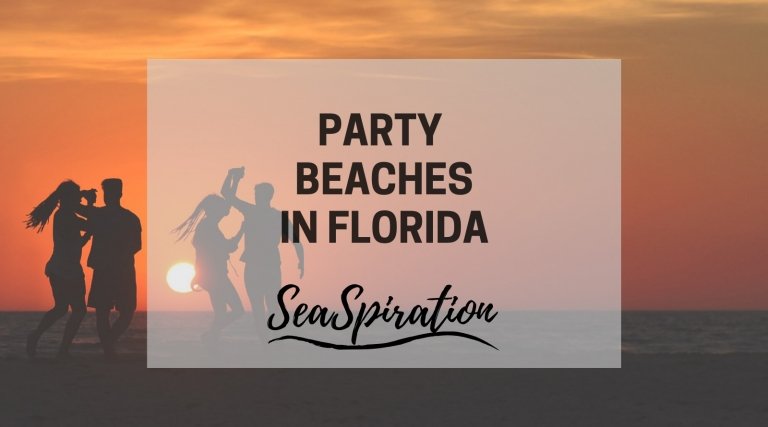 Looking for the perfect party beaches in Florida? Then make sure to add these spots to your itinerary! 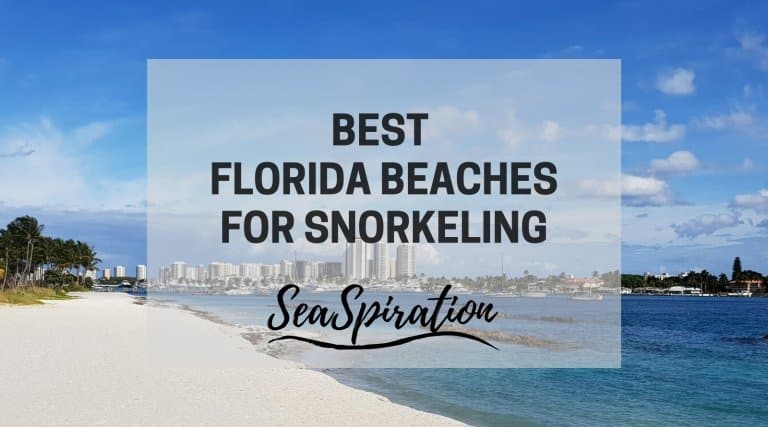 Fancy going snorkeling in Florida? These are the best beaches you should add to your itinerary!

SeaSpiration is the best source of inspiration when it comes to planning a beach vacation. Our enthusiastic and well-travelled team aims to provide comprehensive destination guides along useful travel tips to make the most of your time spent by the sea!